From the President’s Desk 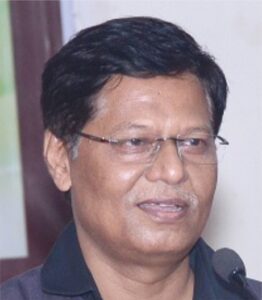 The rich legacy of BAIF is strewn with historical events, messages from the Founder of BAIF and celebration of various important national and international events. We bring before our esteemed visitors, our journey in Rural Development and our plans of commemorating important events scheduled this year with wholehearted participation of the rural community.

In the 55th year of its journey in rural development, BAIF has several aspirations which it plans to translate into viable action. One such aspiration is to develop new partnerships for scaling up climate change mitigation and adaptation programmes.The consistent support received from its present partners has provided a very strong base to the organization to focus on consolidation plans while adopting a global perspective and mission.The second aspiration is thrust on women-centric livelihoods, as BAIF believes that supporting and encouraging leadership qualities among women and ensuring the emergence of women champions in various spheres of rural development can alone empower the family as well as the local community.  The third aspiration is promotion of family-friendly renewable energy initiatives in rural areas which can transform the drudgery-ridden lives of rural families while providing environmental security and stability.Our Natural Resources Management Programme with its integrated components – Land Degradation Neutrality, Water Use Efficiency, Renewable Energy and pro-Soil Health approach, is already making an effort to swing the state of degradation of the natural resources and ensuring carbon-positive development. The fourth aspiration is to reach out to non-farming communities and bring them under the universal support chain of BAIF.

The above aspirations will be fulfilled through our team of professionals and field functionaries spread across thirteen states of India.

Tribal communities in India are characterized by chronic poverty, alienation, lack of choice and absence of hope. Understanding the need to rehabilitate the families in their own environs and acknowledging their affinity towards trees, an innovative ‘Wadi’ programme was evolved by BAIF in 1982, by enabling tribal families to establish fruit orchards on their denuded lands, which generated cash income and food crops for home consumption. This system of agri-horti-forestry, ensured climate resilient food production, enabling over two lakh Scheduled Tribe families from 6483 villages in 11 states, to come out of poverty. This pioneering programme of Tribal

Rehabilitation with an innovative approach to rehabilitate these forest loving families, has ensured food security, safe drinking water, improved health, education of children, empowerment of women and active participation in village governance. The programme has sequestered 2 million tons of carbon dioxide during the last 10 years.
The Tribal Development Centre established by BAIF in South Gujarat, has been recognised as a Centre of Excellence for developing rural technologies for improvement in livelihood and quality of life by the Ministry of Tribal Affairs, Government of India.
On the occasion of the first Tribal Pride Day (Janjatiya Gaurav Diwas) observed on November 15, BAIF pledges to continue its efforts to restore the dignity of the true custodians of our green cover and groom them as the frontline development team of the country. 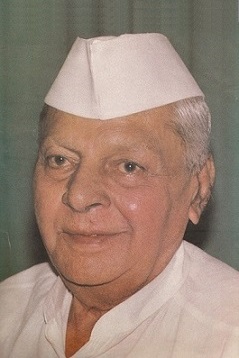 Dr. Manibhai Desai – the Founder of BAIF, was a close associate of Mahatma Gandhi. Understanding the challenges of a majority of the rural families who were living in poverty with denuded natural resources, he focussed on promotion of appropriate technologies as a tool for conservation and making optimum use of them to generate sustainable livelihood. He gave priority to improving the progeny of non-descript cows owned by most of these families as a liability. The families were able to produce high yielding cows and buffaloes at their door steps without any investment, enjoy food security and come out of poverty.
This success motivated him to transform other challenges into new opportunities. As feeding of nutritious fodder could increase the profitability of dairy husbandry, he promoted cultivation of hardy, perennial fodder crops on degraded

wastelands which were lying idle. Establishment of drought resistant fruit trees on denuded hilly terrains, was another initiative to rehabilitate the Scheduled Tribe families living in chronic poverty. To improve crop productivity, soil conservation and innovative water resources development programmes were introduced. Rural women were encouraged to participate in all the development programmes and to educate their children. These programmes conceived by him 5-6 decades ago, have addressed many of the UN Sustainable Development Goals and are serving as the foundation for evolving climate-smart agricultural initiatives to counter the current challenges of global warming.
He was a rare Gandhian who made rural development and agriculture his mission and who worked for the welfare of the weaker sections of the communities until his last breath. On his death anniversary (November 14, 2021), we pay our homage to him and pledge our continued mission of rural prosperity.

On August 24, 1967, the Foundation Stone of BAIF was laid at Urulikanchan, near Pune, by the-then President of India, Dr. Zakir Hussain. It took 20 years for Dr. Manibhai Desai, who came to Urulikanchan in 1946 with Mahatma Gandhi, to develop a suitable income generation programme to address rural poverty. With the support of farmer leaders of Maharashtra, Manibhai established a Charitable Trust – “Bharatiya Agro Industries Foundation” (BAIF) to ensure remunerative employment for rural households at par with Industries and which was later renamed as “BAIF Development Research Foundation” to reiterate its focus on research and development for transferring modern, appropriate technologies to small farmers. The Founder Trustees included Shri. Yashwantrao Chavan, the-then Defence Minister of India as the Chairman, Shri. Vasantrao Naik, Chief Minister of Maharashtra as the Vice Chairman and Shri. Annasaheb Shinde, Union Minister of State for Agriculture, as Trustee. Later, Shri. Arvind Mafatlal joined the Trust as Chairman.

BAIF has contributed innovative and replicable models of development across the country. The climate-resilient multidisciplinary development programmes, professionally managed by more than 6000 employees, are benefitting 40 lakh families from 80,000 villages of 328 districts in 12 states. Over the years, various dignitaries have visited Urulikanchan including Prime Minister of India, Shri. Morarji Desai in 1977 and President of India, Dr. A.P.J. Abdul Kalam in 2002. Prime Minister of India. Shri. Narendra Modi addressed BAIF through video conference on the occasion of its Golden Jubilee in 2017.
On the occasion of its 55th Foundation Day on August 24, 2021, BAIF acknowledges the valuable guidance of its Trustees and support of its donors, well-wishers and participant families.

On July 18, 1973, the Foundation Stone of BAIF Central Research Station was laid at Urulikanchan near Pune by Hon’ble Shri. Y.B. Chavan, the-then Union Finance Minister and Chairman of BAIF. In 1971, BAIF had received 200 heifers of Holstein Friesian and Jersey breeds from Denmark which had been housed at this campus. In the absence of adequate finance, the construction of the laboratories was delayed. Manibhaiji explained the noble cause for which the facility was needed, to Shri. B.G. Shirke, a local entrepreneur, who agreed to support and brought down the cost of construction to 30% of the market rate. The building was completed in record time. The laboratories became functional from January 1974. 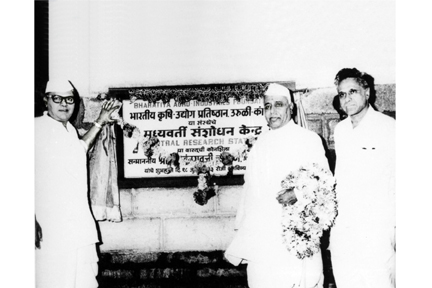 Chairman, BAIF, Shri. Y.B. Chavan, laying the foundation stone of CRS in 1973. Shri. Shirke was also present on this occasion. 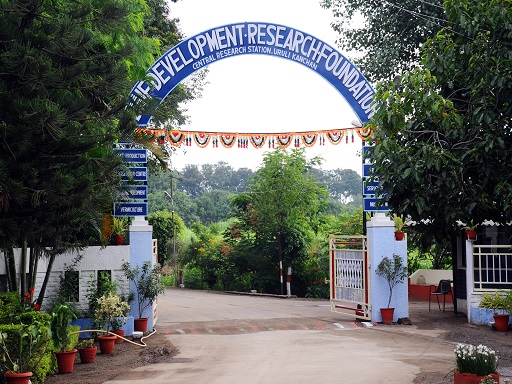 Today, the Research Centre, spread over 227 ha, with world-class laboratories, exotic bull mother farm and bull station, is engaged in state-of-the-art applied research, demonstration and extension of latest technologies in agro-based livelihood activities and is one of the Centres of Excellence in Animal husbandry and allied activities in India. 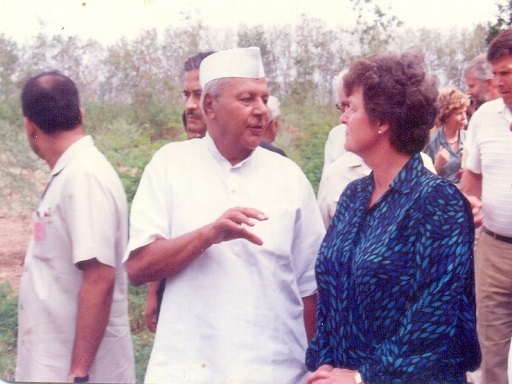 In 1976, “Hawaiian Giant” type of Leucaena had transformed most of the barren lands of BAIF into Leucaena seed farms while leading wood-based industries, procured Leucaena wood from BAIF for production of paper and newsprint. Considering its utility and benefits, in 1981, Prime Minister of India, Mrs. Indira Gandhi, renamed the “Kubabul” plant as “Subabul”.BAIF launched several Agroforestry, Wastelands Development and Industrial Greenbelt Development Projects in collaboration with leading Industries and Forest Department across the country. 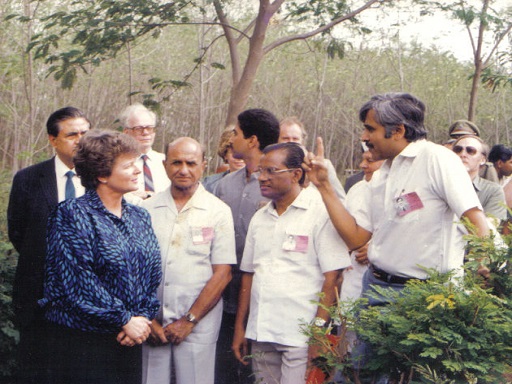 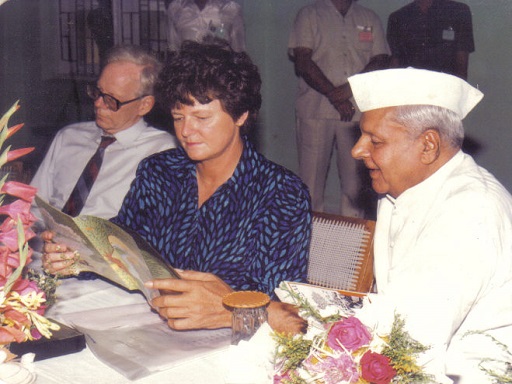 June 19, 1996 – The dream of the Founder of BAIF, Dr. Manibhai Desai, to establish a unique training centre in Pune to impart management skills to professionals and field functionaries engaged in rural development, was fulfilled when Mr. Stanley Gooch, High Commissioner of Canada in India, inaugurated the “BAIF Bhavan” and “Dr. Manibhai Desai Management Training Centre” at Warje in Pune. The Training Centre with its spacious Classrooms, Seminar hall, Board room, Canteen and Guest house, is spread over 8 acres. Trainings are imparted on Rural Livelihoods, Watershed Management, Climate Change Adaptation and Mitigation, Project Management, People’s Organisations and Soft skills.

June 19, 2021 – This year marks the 25th year of the inauguration of BAIF Bhavan and Dr. Manibhai Desai Management Training Centre. The green cover amidst fast-paced urban development, and serene surroundings, have developed a harmonious relationship among the BAIF professionals in the premises and a close bond with the organisation. The model Training Centre, is one of its kinds in the country. For the BAIF family, BAIF Bhavan is much more than a structure. It is a part of their lives. 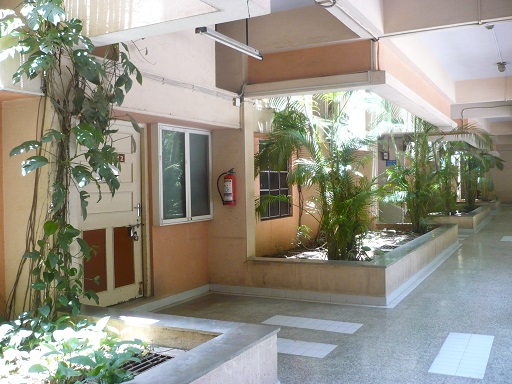 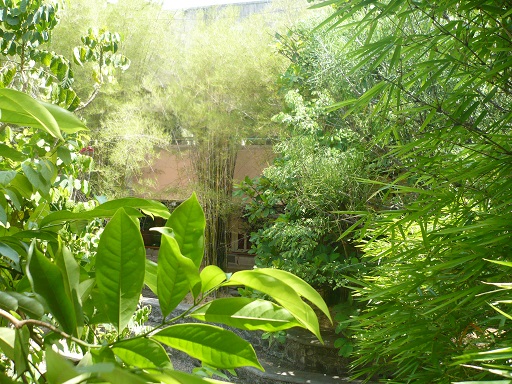 ‘We may adopt modern technologies from the west, but we should never overlook the pragmatic approach adopted in ancient times to restore the eco-system”. 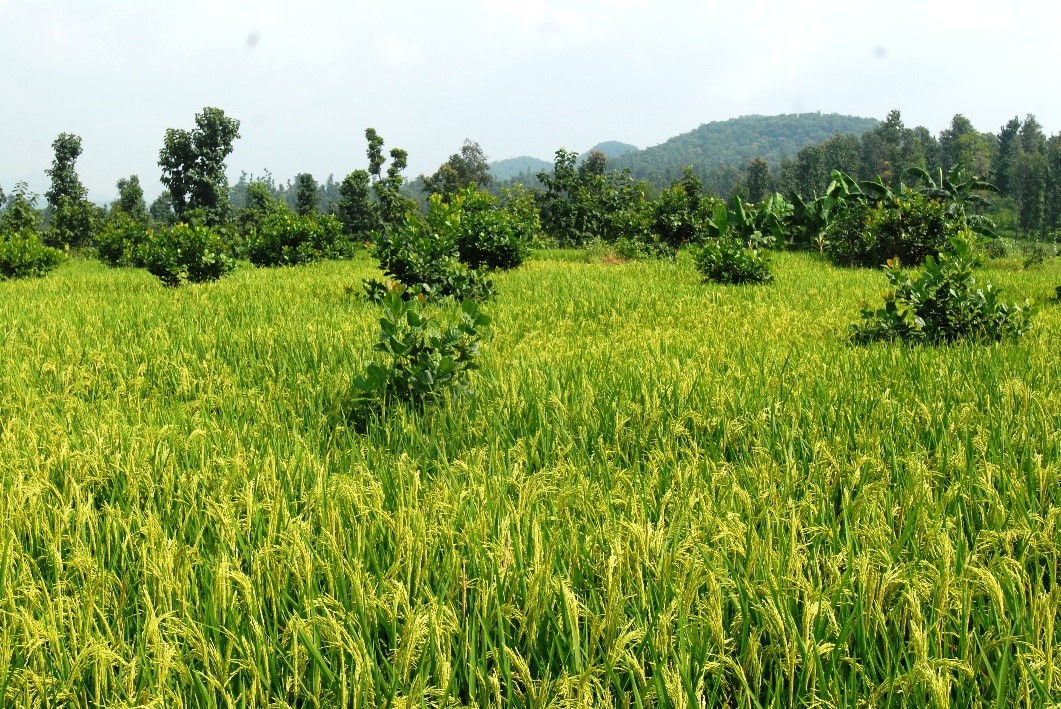 Environmental protection has always been the main agenda of BAIF while fighting the war against rural poverty. Following the pattern of earlier years, this year too, World Environment Day, a very important day in the calendar of BAIF, will be observed throughout its operational areas in 12 states, by organising various programmes on environmental security and sustainability on the chosen global theme “Ecosystem Restoration”. A solemn pledge to continue the journey of conservation of natural resources and prevention of ecosystem degradation, will mark the day apart from making dedicated effort to encourage afforestation, prevent environmental pollution and create awareness among the general public who also include the future generations of the country while fulfilling the Sustainable Development Goals. 29 years ago, the “Green Cross” was launched by BAIF as its commitment to Environmental Protection and Conservation of Forests. The saga continues.

Miyawaki is the name of the Japanese scientist, who recreated the Native Forest with Native Trees model. It implies dense plantation as seen in natural forest. The Miyawaki model accelerates the growth of trees and establishes the natural forest within 2-3 years. The natural ecosystem is in-built in the dense forest. The benefits of this model forest are improved microclimate, soil fertility development, water holding capacity and increase in the habitat for birds, insects and soil microorganisms.