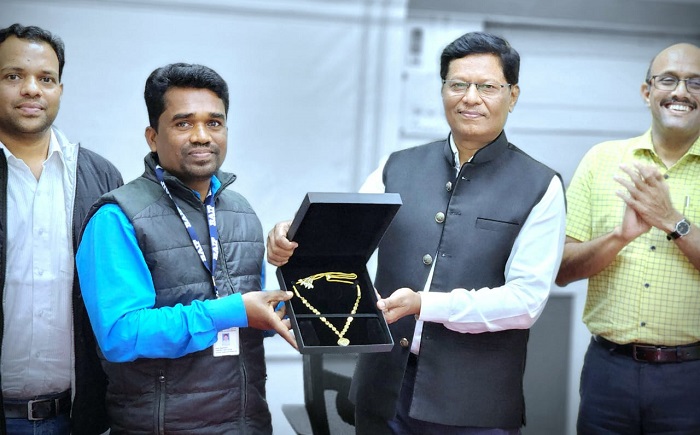 Gopal Rana, an unassuming Livestock Technician from the aspirational district of Balangir in Odisha, has a tag to his name now.  He is the Best AI Technician in the country, having been awarded the Gopal Ratna Award for the year 2022 – one of the highest National Awards in the Livestock and Dairy Sector, after clearing stringent evaluation assessments set up by the Government of India.

The BAIF Senior Management led by the President and Managing Trustee of BAIF, Mr. Bharat Kakade, felicitated this committed Centre In-charge of the BAIF-managed Sikuan Cattle Development Centre in Balangir district, at the head office of BAIF in Pune.  Also present, were the Regional Director of BAIF Programmes in the East – Mr. Rakesh Warrier, State Head of BAIF Odisha, Mr. Sandip Kakade and Additional Chief Programme Executive, BAIF Odisha, Mr. Vivek Singh. Mr. Kakade acknowledged the committed services of Gopal which has improved the livelihood of 1500-2000 socio-economically poor families from 10-15 villages in the district while also making a special mention of the support received by this livestock technician from his family particularly his wife.  Gopal has won the hearts of the families with his sincerity, devotion, confidence, efficient service delivery mechanisms and amiable personality. 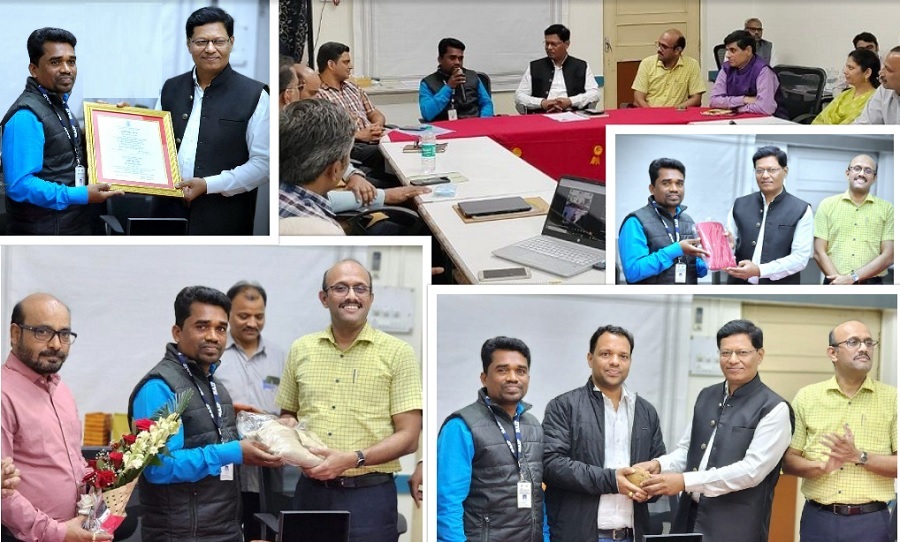 Gopal, who has been associated with BAIF, since 2011, shared his journey from a qualified social worker with a Master’s degree in Social Work to a private para-veterinarian and finally to a BAIF AI Technician – an organization towards which he was drawn having heard of the transformation in the lives of the families in various parts of Odisha due to the opportunities for gainful employment created by BAIF.  Thus, inspite of having to support a large family which included his parents, Gopal chose livestock development as his career. Realising the need to improve the efficiency of dairy animals and ensure that dairy cattle development is a reliable source of livelihood for small families, Gopal adopted cutting edge technologies such as sex-sorted semen, genomic evaluation and goat AI to improve the herd productivity as well as the income of livestock keepers. He has performed more than 1,700 sorted semen artificial inseminations which have assured 90% probability of female calves. He has performed more than 6,000 Artificial Inseminations during the last 3 years with a conception rate of 45% which has created assets in the form of improved female calves and bovine progenies and worth more than Rs. One crore. This achievement with a monthly average of 150 artificial inseminations, is commendable considering the constraints of dairy development in this backward region.  Gopal’s dedicated efforts have helped to enhance milk production in the area.  Livelihood security has enabled him to maintain his family and to afford education of his two children with the possibility of a brighter future.

The Award is also a testimony of the efficacy of the robust model pioneered by BAIF integrating quality door-step livestock development services with skilled local self-employment. The support received by BAIF from the Government of Odisha, which has contributed to the dairy sector of the State and empowered the youth to excel in doorstep livestock development services, is gratefully acknowledged. We also take this opportunity to thank the Government of India for recognising and encouraging grassroots efforts in nation building.

BAIF is implementing dairy cattle development with the support of various State Governments in 13 states including Odisha. 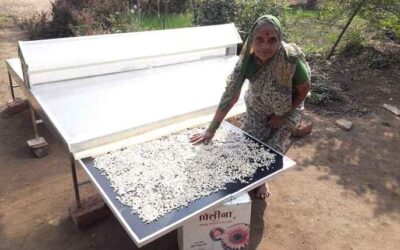 Women centric solar dryer enterprise is a livelihood model, focusing on the livelihoods of rural women of Haveli and Daund Taluka in Pune district of Maharashtra. Before understanding the model… 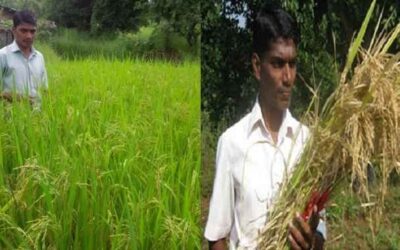 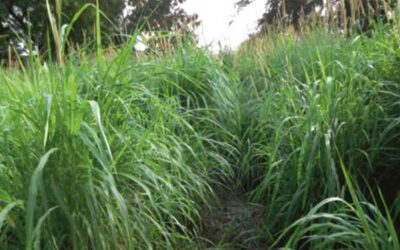