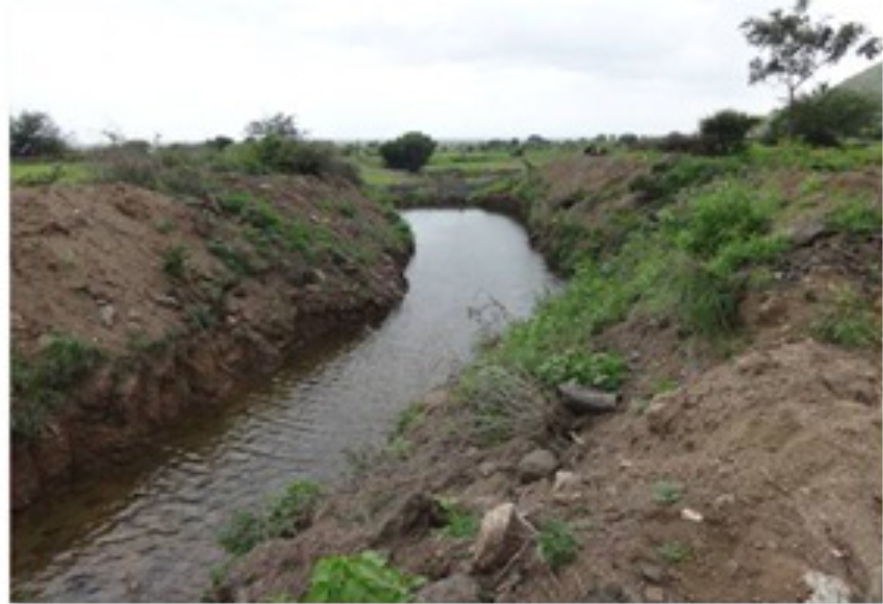 Garkhindi is an interior village in Parner block of Ahmednagar district, Maharashtra, with 1280 population representing 256 households and 1375 ha land with agriculture as the main occupation. The average annual rainfall was 534 mm but due to scanty rainfall during the last 10 years, the villagers had to depend on water tankers for drinking water for about 3-4 months every year. Hence, a community based water management and ground water recharge in this river basin was initiated. Ghod River Revival project was initiated under Mission Sunhera Kal in 2015 which included soil and water conservation and its efficient use and sustainable agricultural production. The first step was community mobilisation, DPR preparation, micro planning, followed by river revival activities like cement check dams, repair of existing structure and sub surface barriers and recharge measures through farm ponds. Another important initiative was to promote sustainable agriculture through agri-horti- forestry and organic farming. The community was motivated right from the beginning for participatory implementation of the project thereby ensuring meticulous planning and designing, crop selection for improved agriculture and land development. Soil and water conservation was ensured through construction of stone bunds, gull plugs, contour trenches and water absorption trenches. Capacity building/awareness generation was ensured through community mobilisation camps, exposure and awareness meetings for the villagers and training of village watershed committees. Composting of farm residue was promoted by supporting 26 compost units. For encouraging conjunctive use of water, 12 micro irrigation units  were supported with 50% contribution from the beneficiary. With successful implementation, water storage capacity increased by 54540 m3. The village does not need water supply through tankers anymore. Improved cultivation of onion by using seedlings produced on raised beds, timely planting, drip irrigation and micro nutrient application, increased the yield by 22%. Revival of agriculture brought peace and prosperity to the village.